Today is the 72nd anniversary of the World War II D-Day invasion. On June 9, 1944, the Slip Stream, the newspaper of the Casper Air Field, reported that their personnel had “jubilantly” heard the news:

“With dreamy eyes they barkened to the news that American troops knocked out enemy pillboxes and other fortifications along the Atlantic wall and swelled with pride as the Germans announced that the Allies battled their way 10 miles inland from the coast of Normandy, wiping out the most important air fields in the Normandy area.”

Find more on the spot reporting from Wyoming’s history in Wyoming Newspapers. 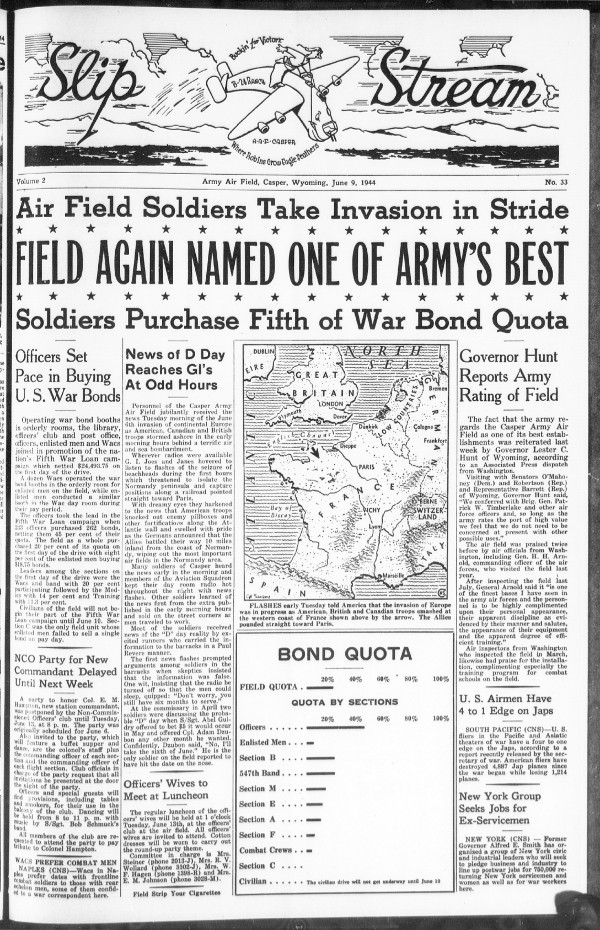