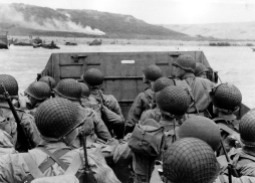 On June 6, 1944, exactly 75 years ago, in perhaps the most seminal battle of World War II, the U.S., together with Britain and Canada, executed Operation Overlord, better known to us as D-Day, in which they, alongside other countries, invaded the coasts of Normandy, carrying out the largest seaborne invasion in history against Nazi-Germany. The U.S. Government Publishing Office invites you to remember this historic day by highlighting some resources from our collections.

Cross Channel Attack, by Gordan Harrison, available from the U.S. Government Bookstore, details that the preparation for D-Day started long before landing on the beaches of Normandy. The allied forces carried out an act of military deception, known as Operation Bodyguard, in which the goal was to mislead the Germans as to the location and date of the allied landing. Hitler was nonetheless aware that allied forces were intending to invade, which is why he ordered the construction of the “Atlantic Wall,” a 2,400-mile line of bunkers, mines, and water obstacles along the coast of Normandy.But due to the lack of time and resources, he was unable to complete the wall in its entirety. For the allied forces, the element of surprise was of grave importance–if Hitler did not know the exact locations of allied entry, he would be forced to spread his forces thinly along the entire coast, which is exactly what ended up happening. Though combat was difficult in all five allied-landing sites, it could have been much worse had Operation Bodyguard not succeeded.

Sometimes visuals speak louder than words; D-Day: The 6th of June (Map poster), also available from the U.S. Government Bookstore, helps one considerably in visualizing the aforementioned scenario, allowing one to see where exactly the allied forces landed and how vast the coast of Normandy actually is.

The landings were preceded by extensive aerial and naval bombardment. For organizational purposes, the allied forces divided the 50-mile coast of Normandy into five strategic sections: Utah, Omaha, Gold, Juno, and Sword.  In 1943, at 6:30 p.m., allied forces landed on the beaches, and on each one they encountered different levels of resistance. For instance, at Omaha, the shore was heavily mined and for this reason, Omaha suffered the highest number of casualties. At Juno, despite losing 50% of their force, the Canadians succeeded in capturing most of the beach. On June 11th, all five beaches were captured. The U.S., Canada, Britain, and allied powers pushed Germany on the Western front while the Soviet Union pushed on the Eastern front, and less than a year after D-Day, Germany surrendered unconditionally. The aforementioned is a small summary of Omaha Beachhead, a book which provides significant details on the struggles at every beach. 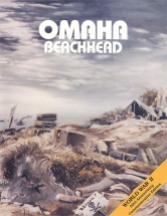 On D-Day, men and women from all over the world came together for a common goal. Though this event happened on a 50-mile coast of land, it impacted everyone, which is why D-Day is remembered to this day throughout the world. For instance, in 2012, the French Ministry of Culture announced its official consideration for adding the D-Day landing beaches to the UNESCO list of world heritage sites. In addition, the United States on an annual basis commemorates the memory of D-Day. “D-Day Plus 50 Years” is one such example.These commemorations can be found on govinfo.

GPO offers a wide array of resources that cover every angle of D-Day. These include beautiful maps, commemorations, digital images, and historical books. The  books mentioned above are available for purchase from the U.S. Government Bookstore, and can also be downloaded for free electronically via GPO’s Catalog of Government Publications. Below is a small sample of resources we offer:

Available from the Catalog of Government Publications

Available from the U.S. Government Bookstore