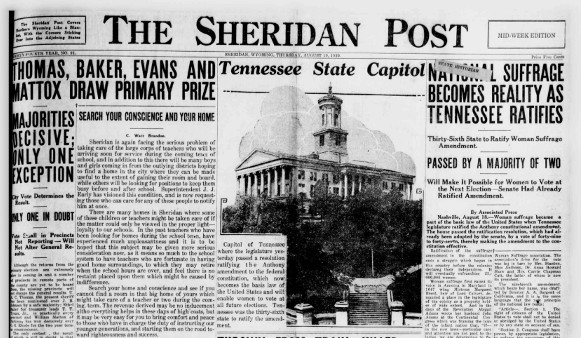 On this date in 1920, Tennessee ratified the 19th amendment to the U.S. Constitution, giving women the right to vote nationwide. Of course, the then Territory of Wyoming was nearly 51 years ahead of the game, giving women the right to vote in December, 1869. Wyoming was the first state or territory in the United States to grant women’s suffrage, earning it the nickname of the Equality State.

Read about passage of the 19th amendment in the August 19, 1920 Sheridan Post, and other newspapers of the day in Wyoming Newspapers.